The Center for Local Government was established in July, 1990, as the outgrowth of a two-year study of the production and delivery of public services in the Greater Cincinnati area.

The Directory of Public Services was especially valuable to public managers; their enthusiastic response led to discussions about other areas where improved information could be of value. These discussions resulted in the establishment of The Center for Local Government, which continues to serve as the focal point for gathering and disseminating such data.

The Center for Local Government was formed as a tax-exempt, non-profit organization supported through a combination of membership fees, grants from foundations and corporations, and revenues from fee-based services.  The original membership of the Center consisted of 13 governments.  Membership consisted of Cities, Villages and Townships located in two counties. 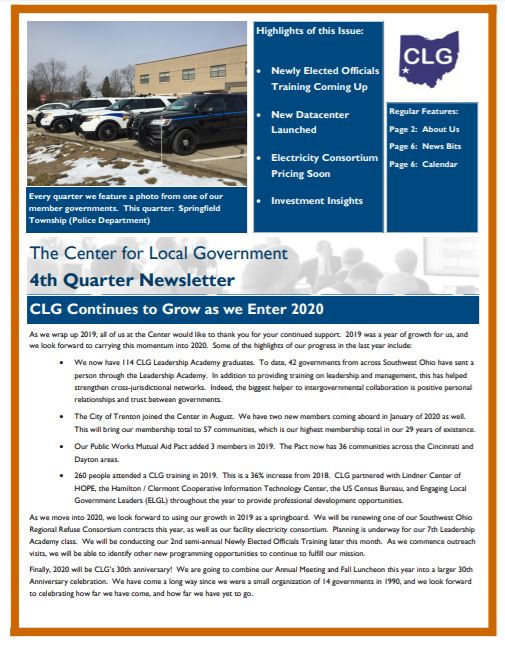